Back to recent work
The city of Mosul, the 2nd largest city of Iraq, was occupied by ISIS in june 2014. At the Al-Nuri mosque, ISIS leader Abu bakr Baghdadi declared the caliphate. In 2016 the military campaign from the Iraqi army, Kurdish peshmerga and the international coalition started to retake the city from ISIS. It was the largest military operation since the US invasion of Iraq in 2003. In july 2017 the city was liberated from ISIS. Due to heavy fighting almost the entire old city has been laid in ruins. A lot of work still has to be done in rebuilding the city, while people are trying to pick up their life again among these grim ruins.

eventhough the eyes of the adults still carry undeniable tragedy, a sparkle can be found in their sight of children playing, traffic rushing past and the returning bustle: life that is flowing back.

The alleyways are filthy, grim and dark, lit only by a bleak fluorescent bulb above the door of a house. The family living there recently returned to their home. the bright clothing worn by the children on the streets starkly contrast the sombre grey back ground, perhaps symbolizing an age of innocence amidst all the darkness.

Thousands and thousands of homes have been destroyed. Many remain uninhabitable. Only basic services have been restored, like electricity and water, in some parts of the city. 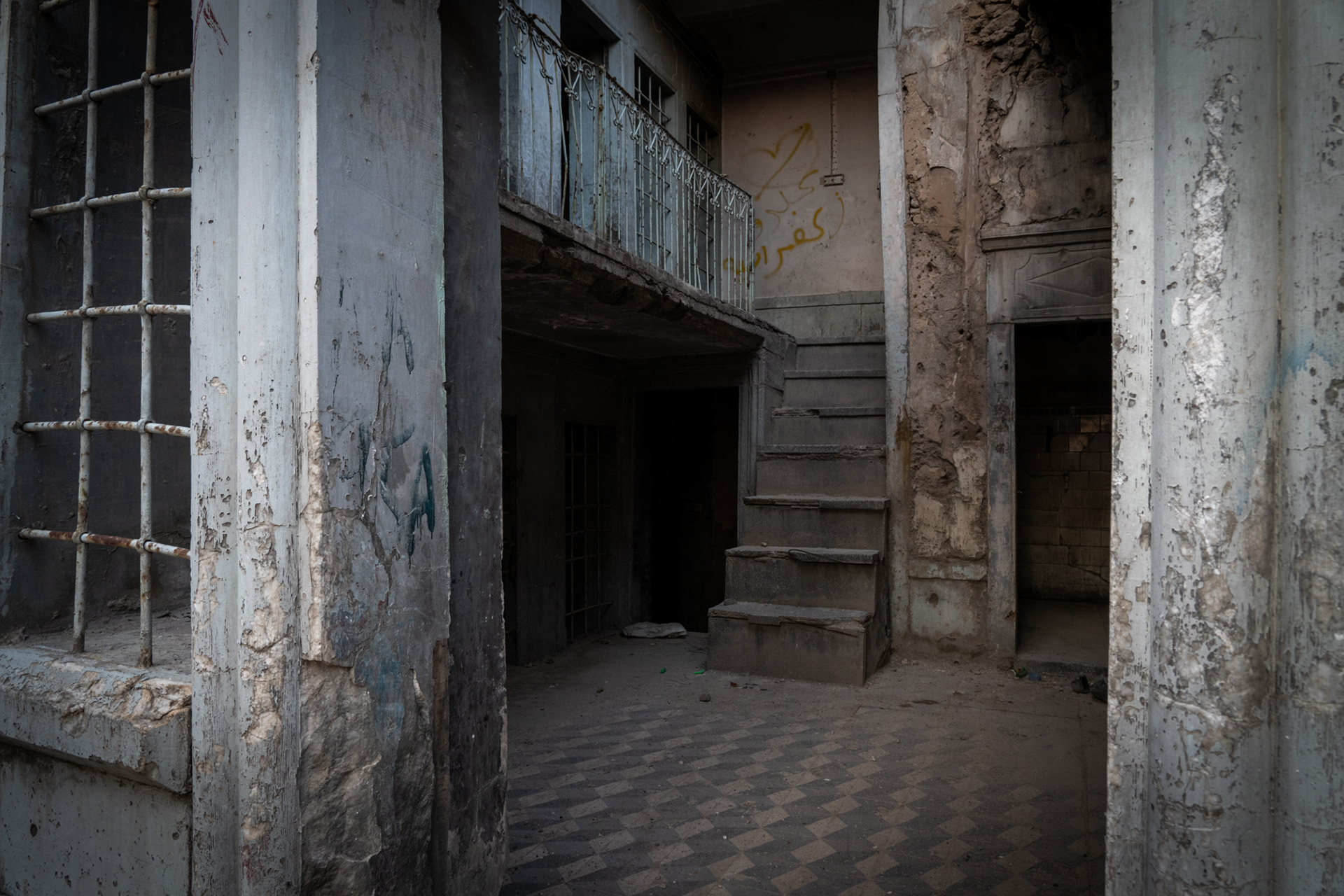 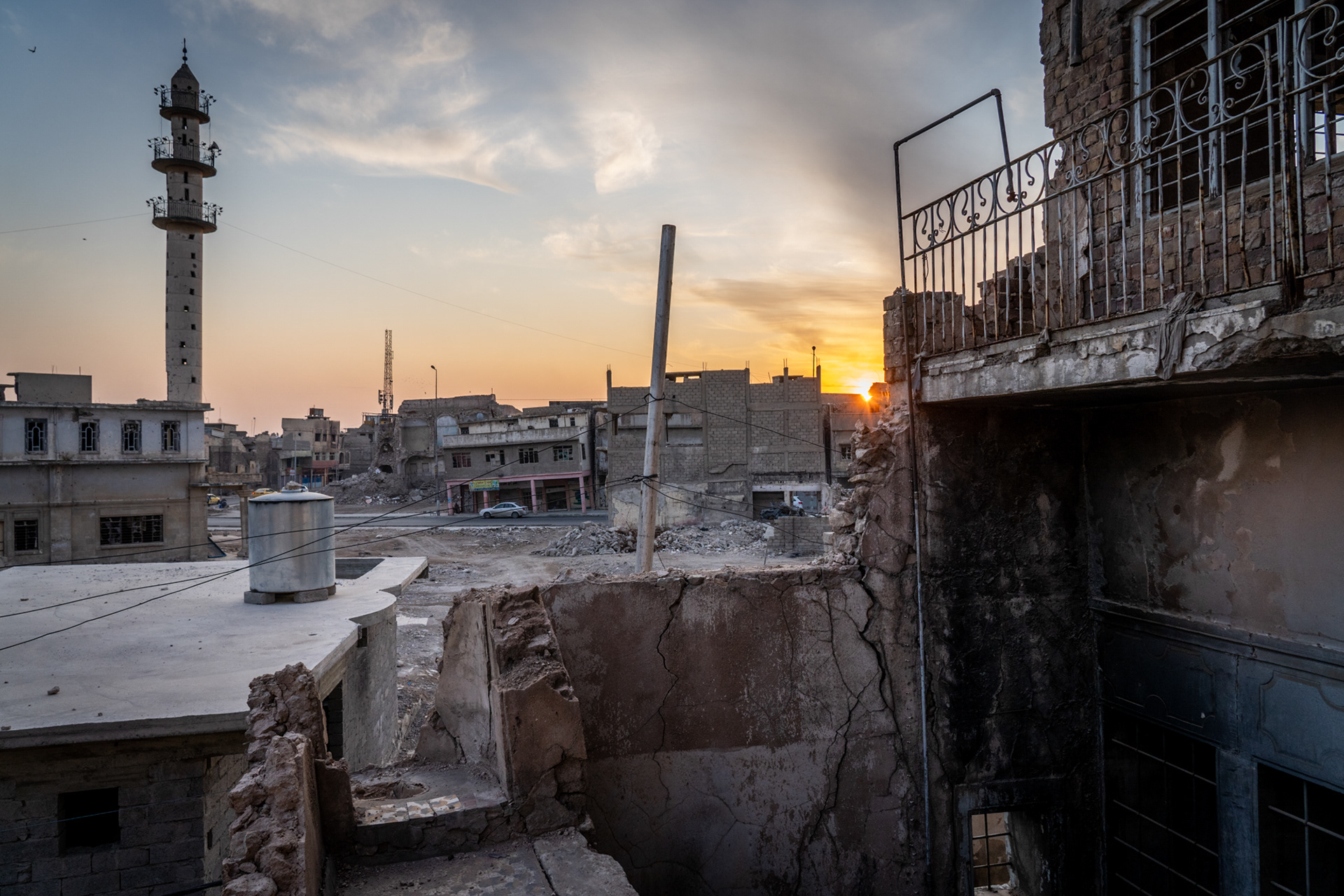 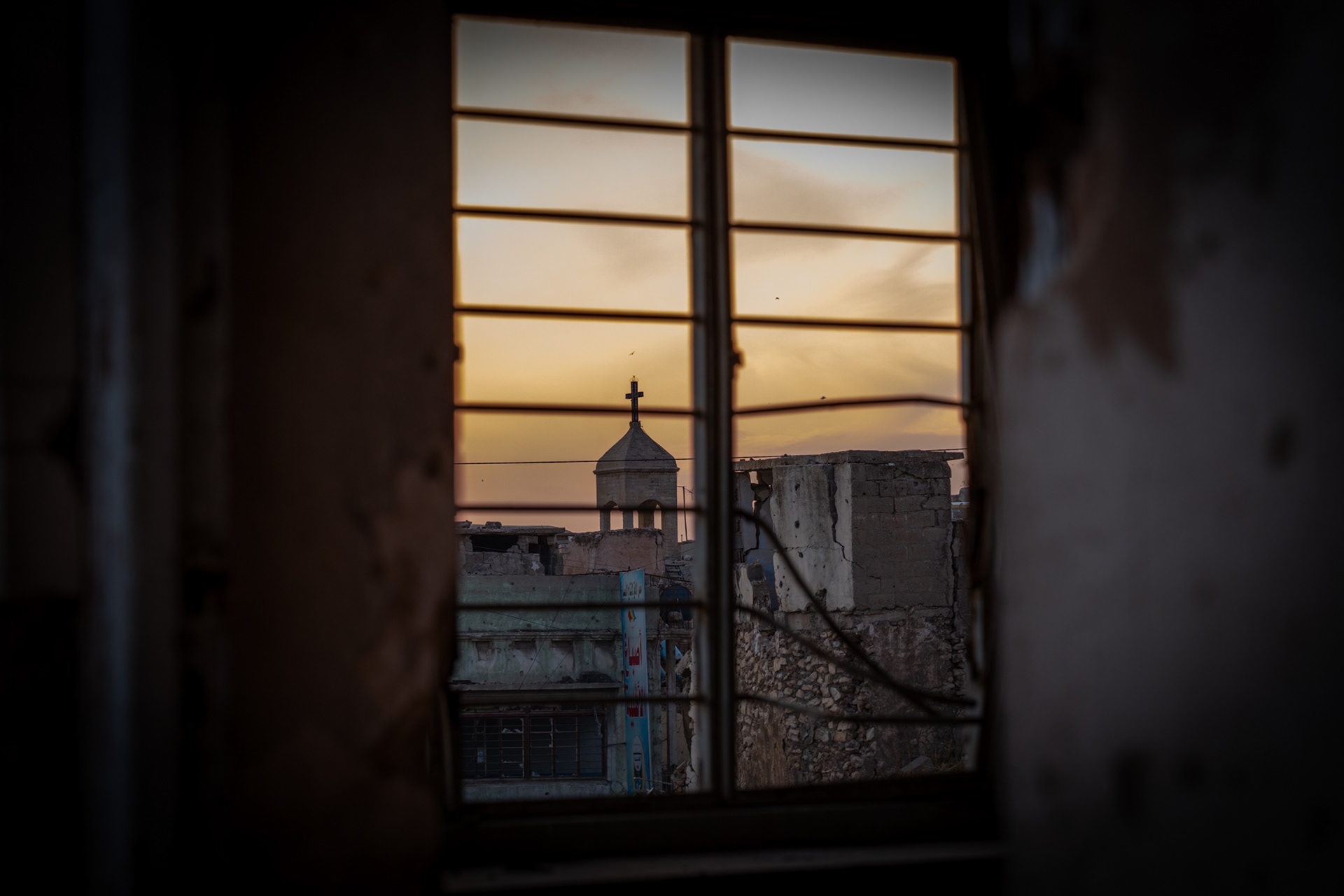 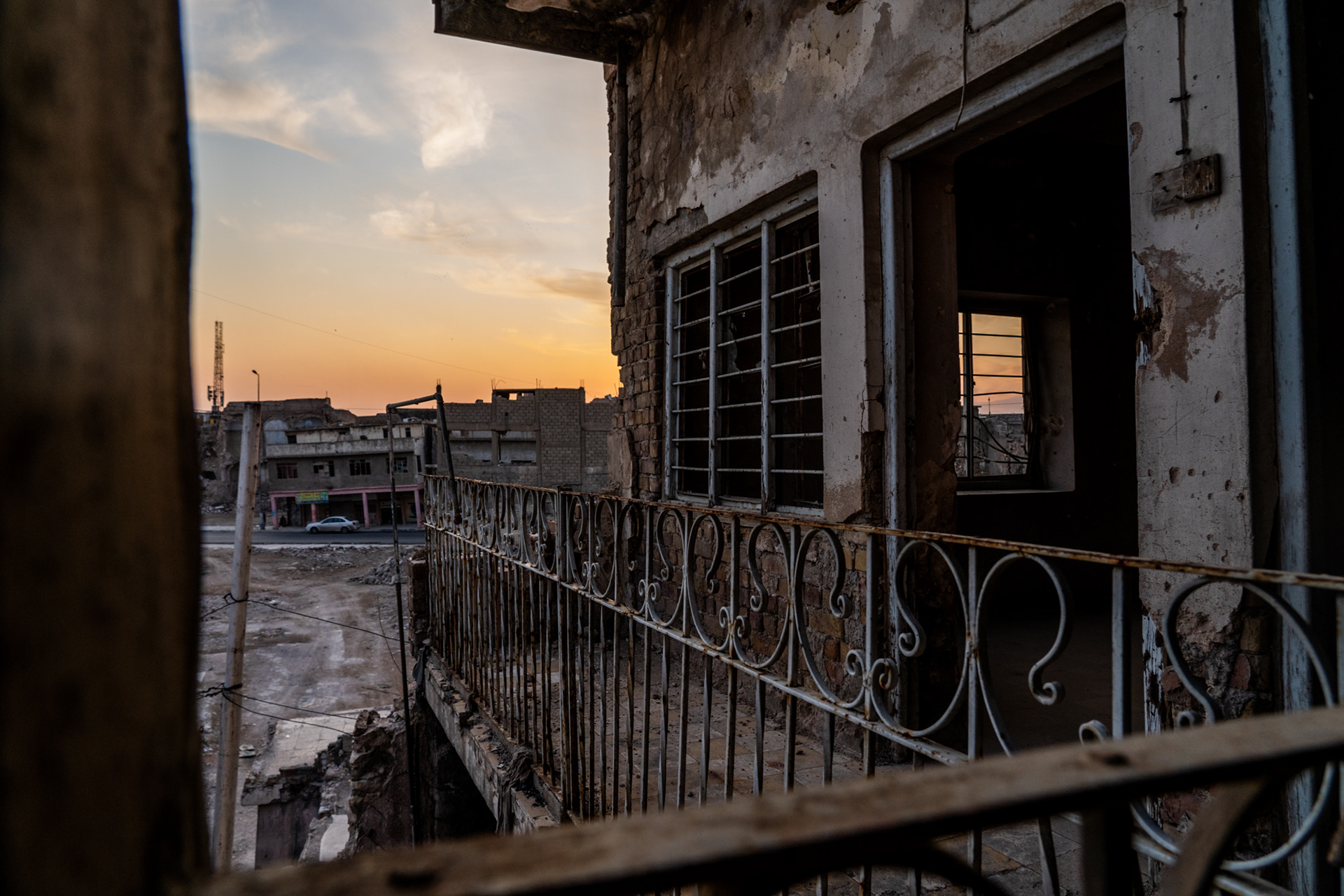 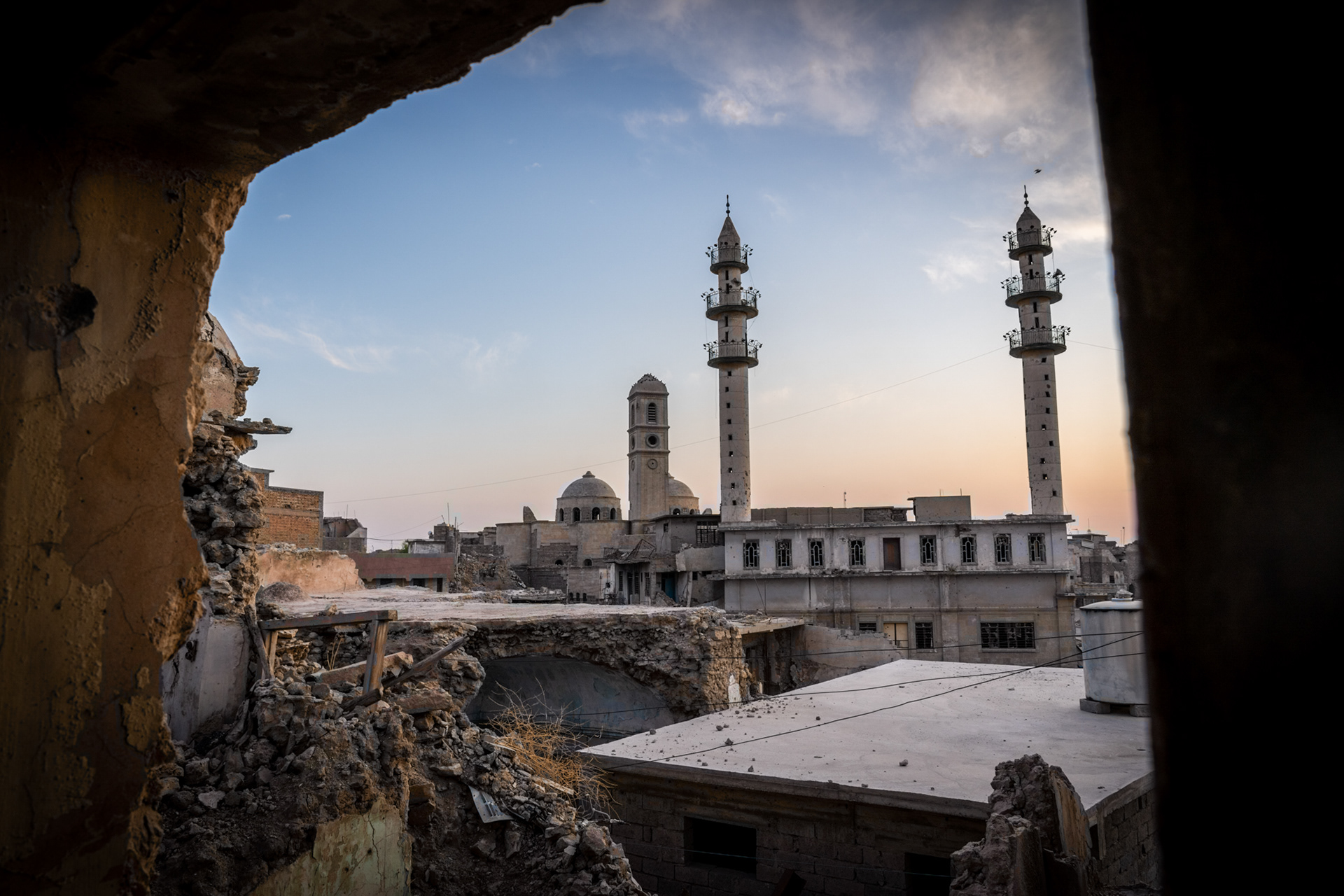 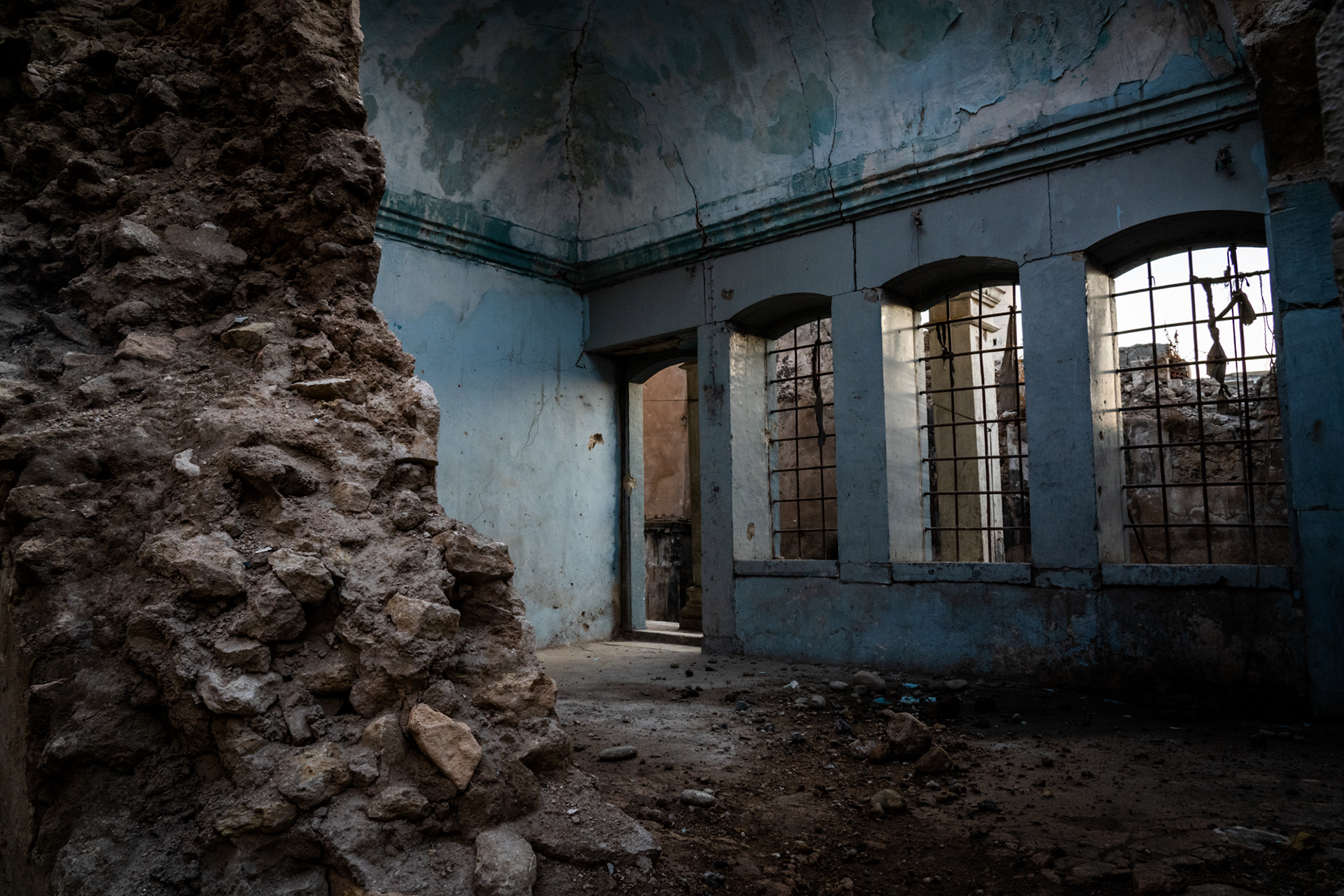 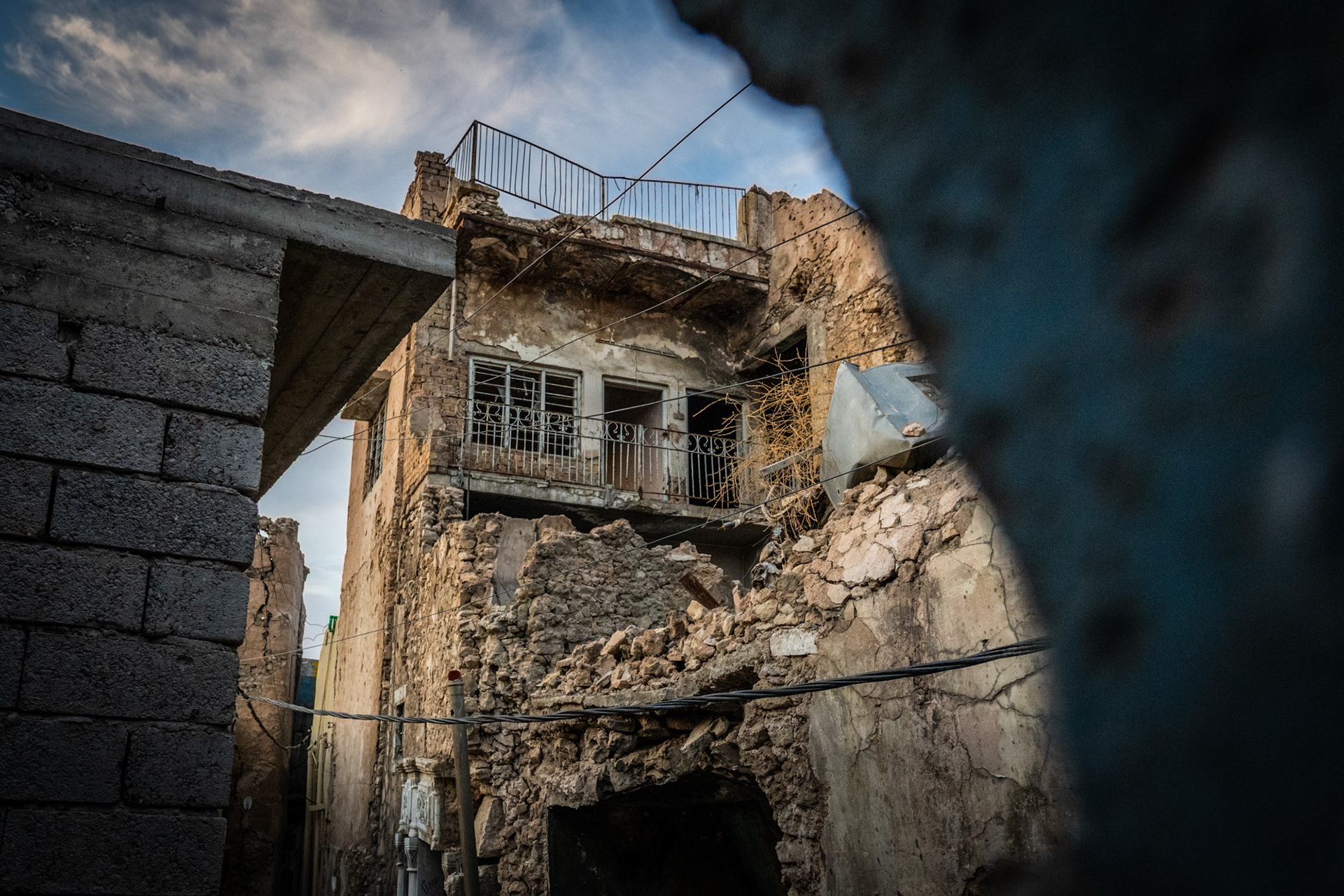 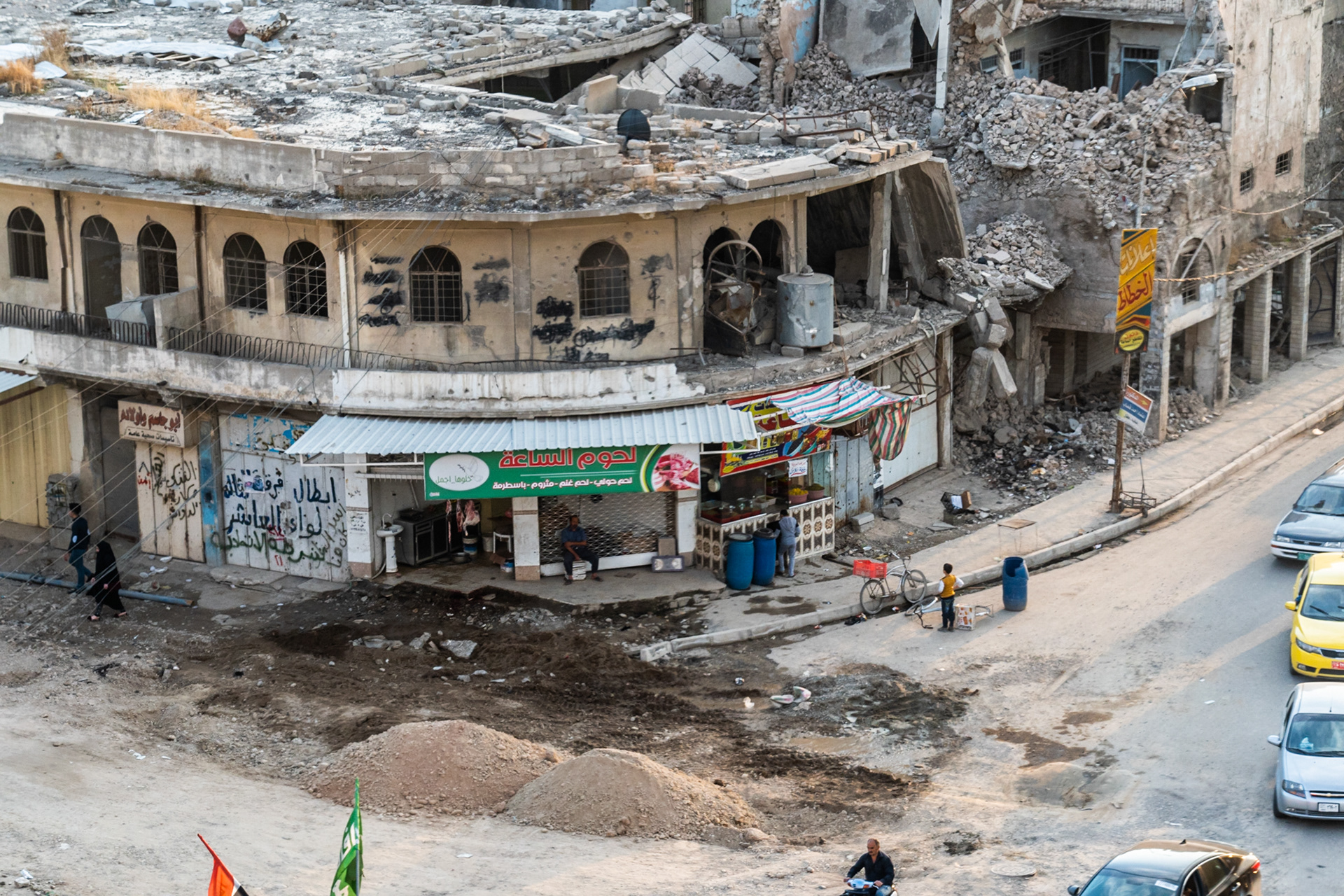 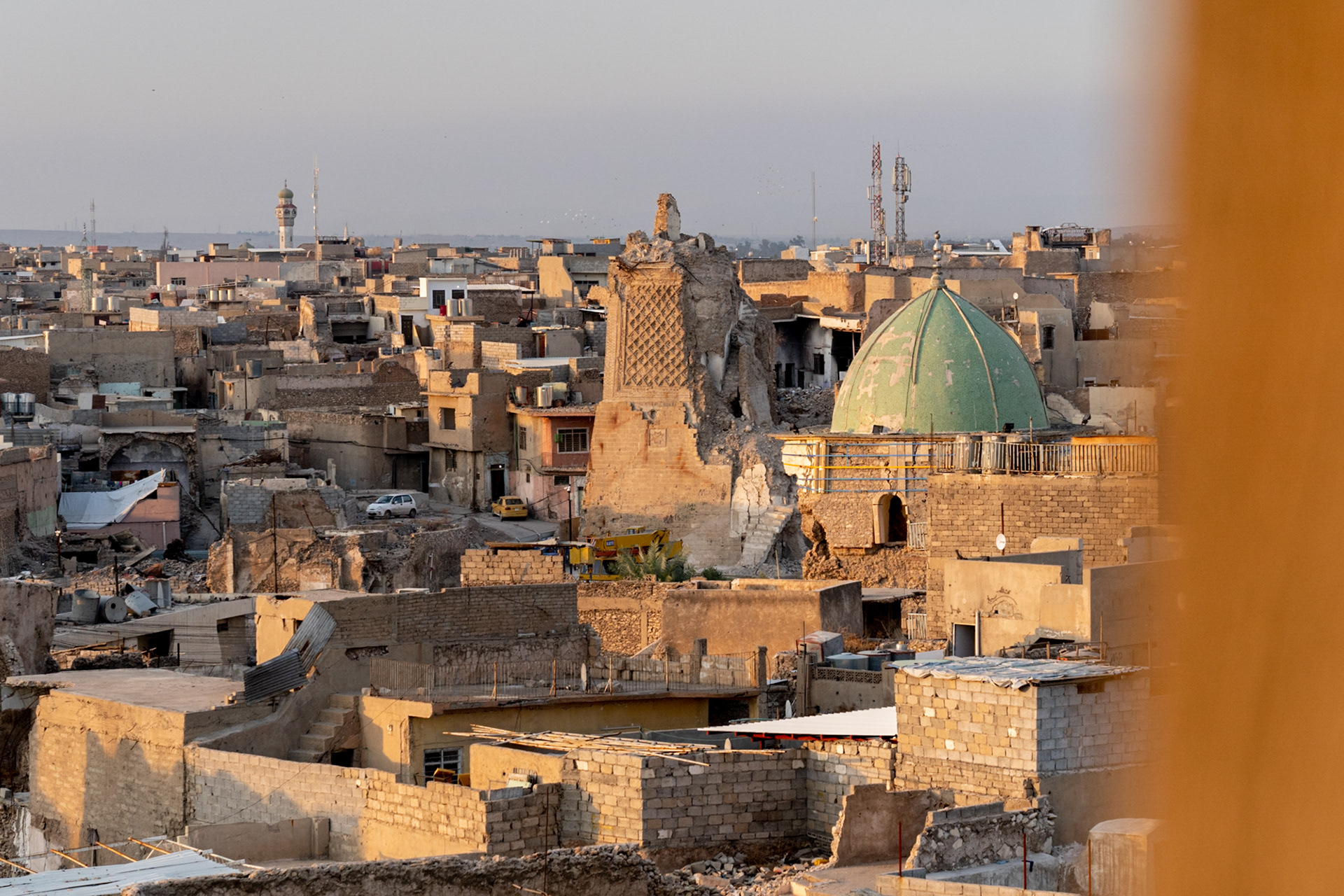 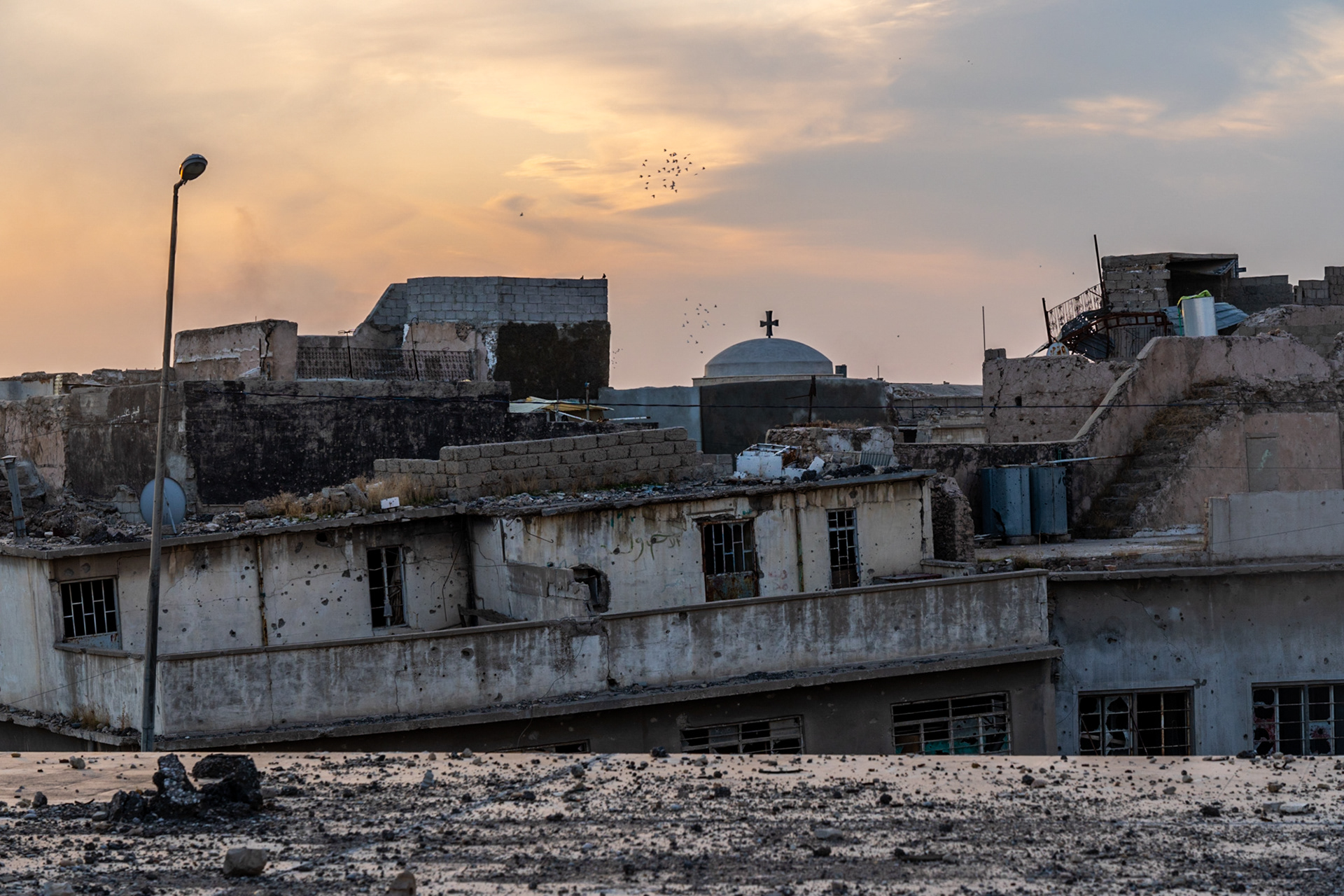 Towards the main streets one comes across more activity on the streets. The children carry a sense of lightness, and many were soon playing and laughing in the streets, seeming to care little about the rubble that still surrounds them. ​​​​​​​ 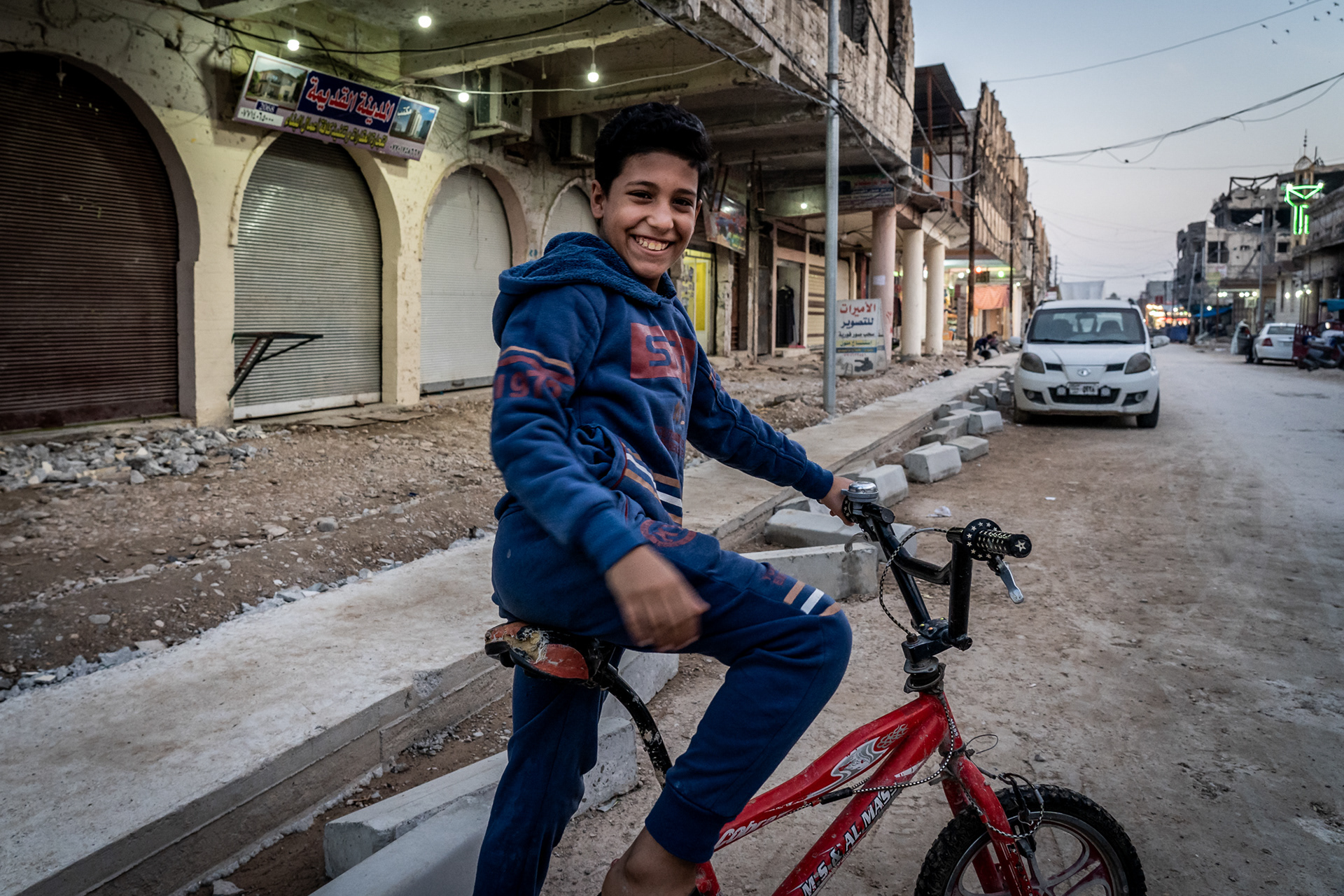 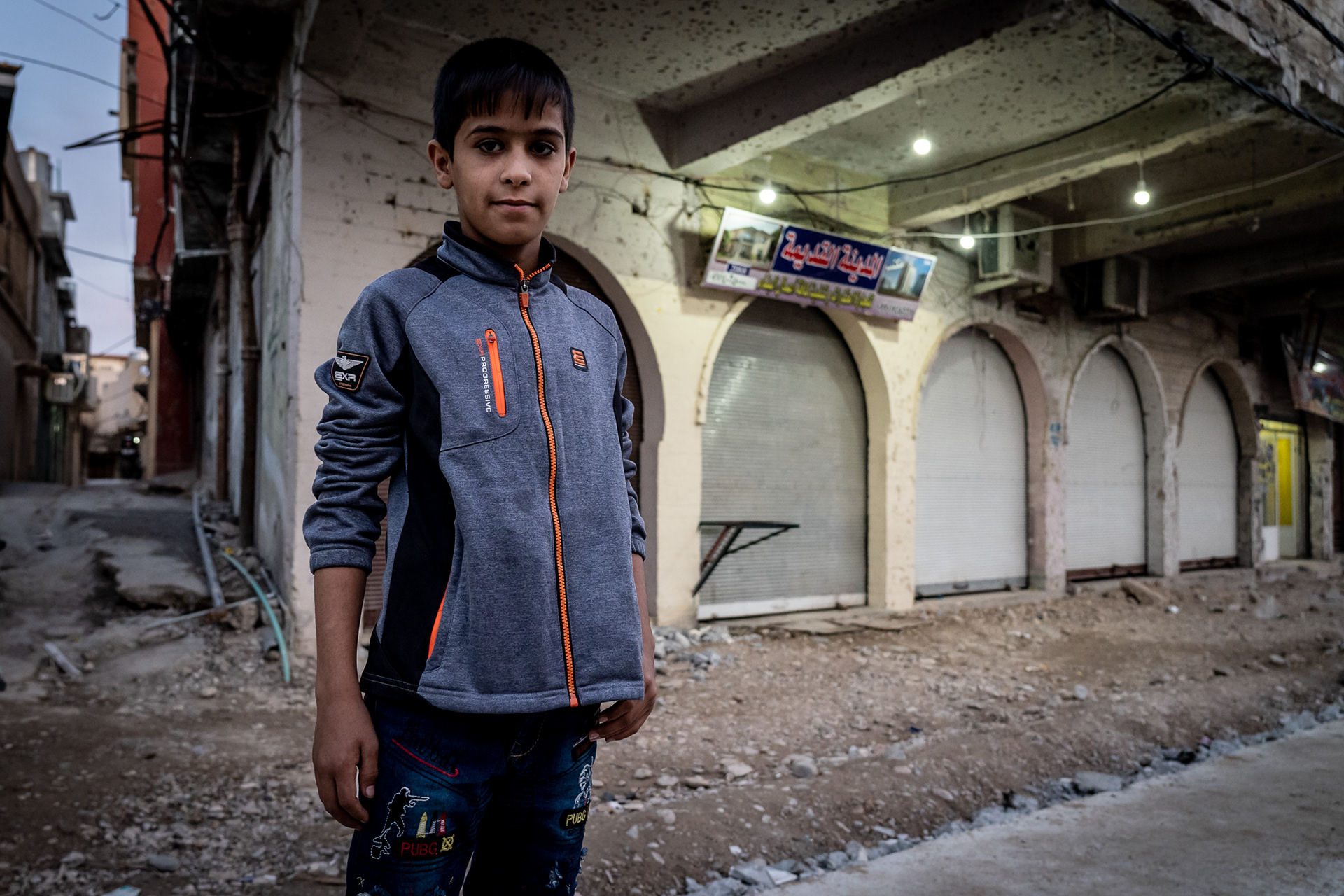 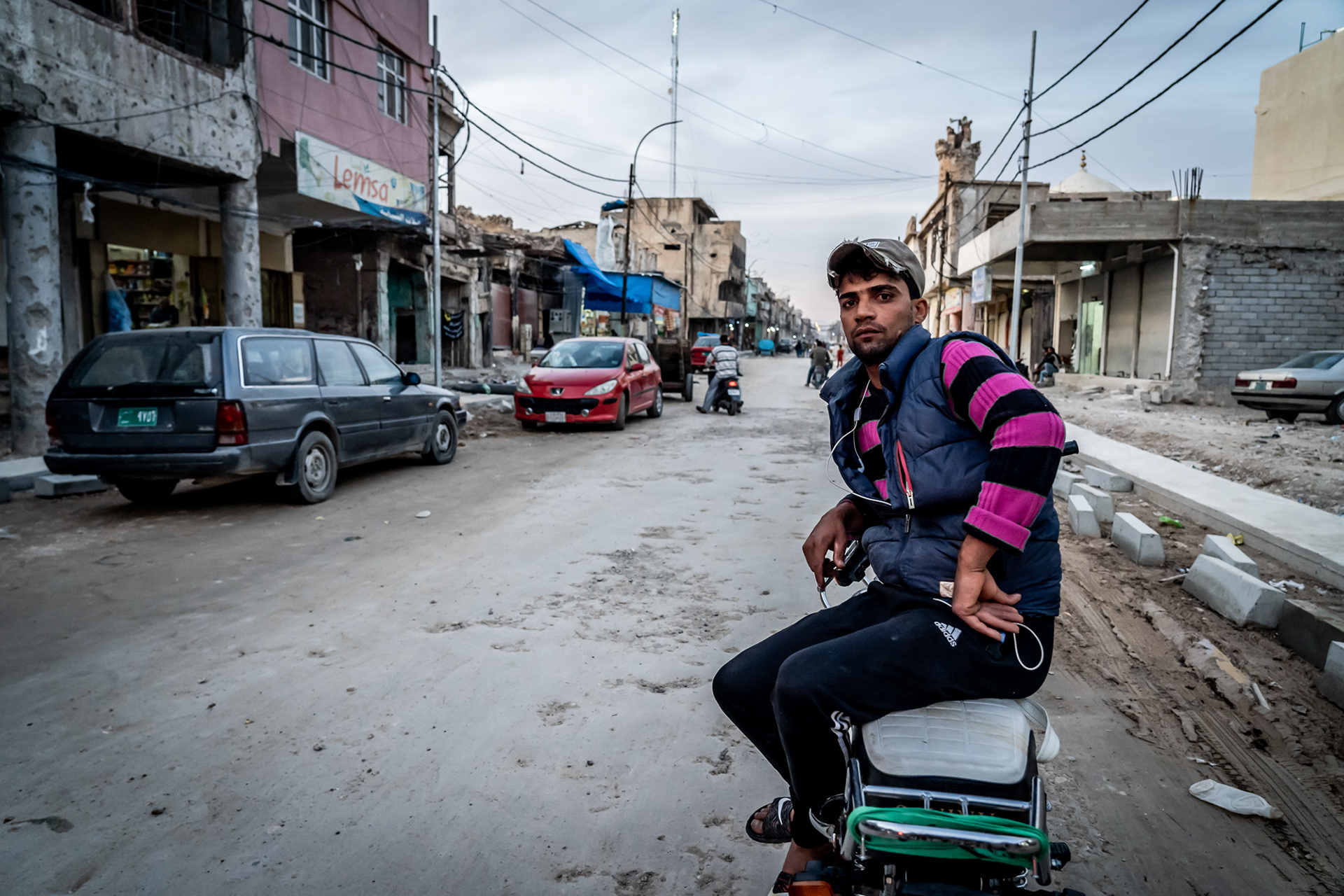 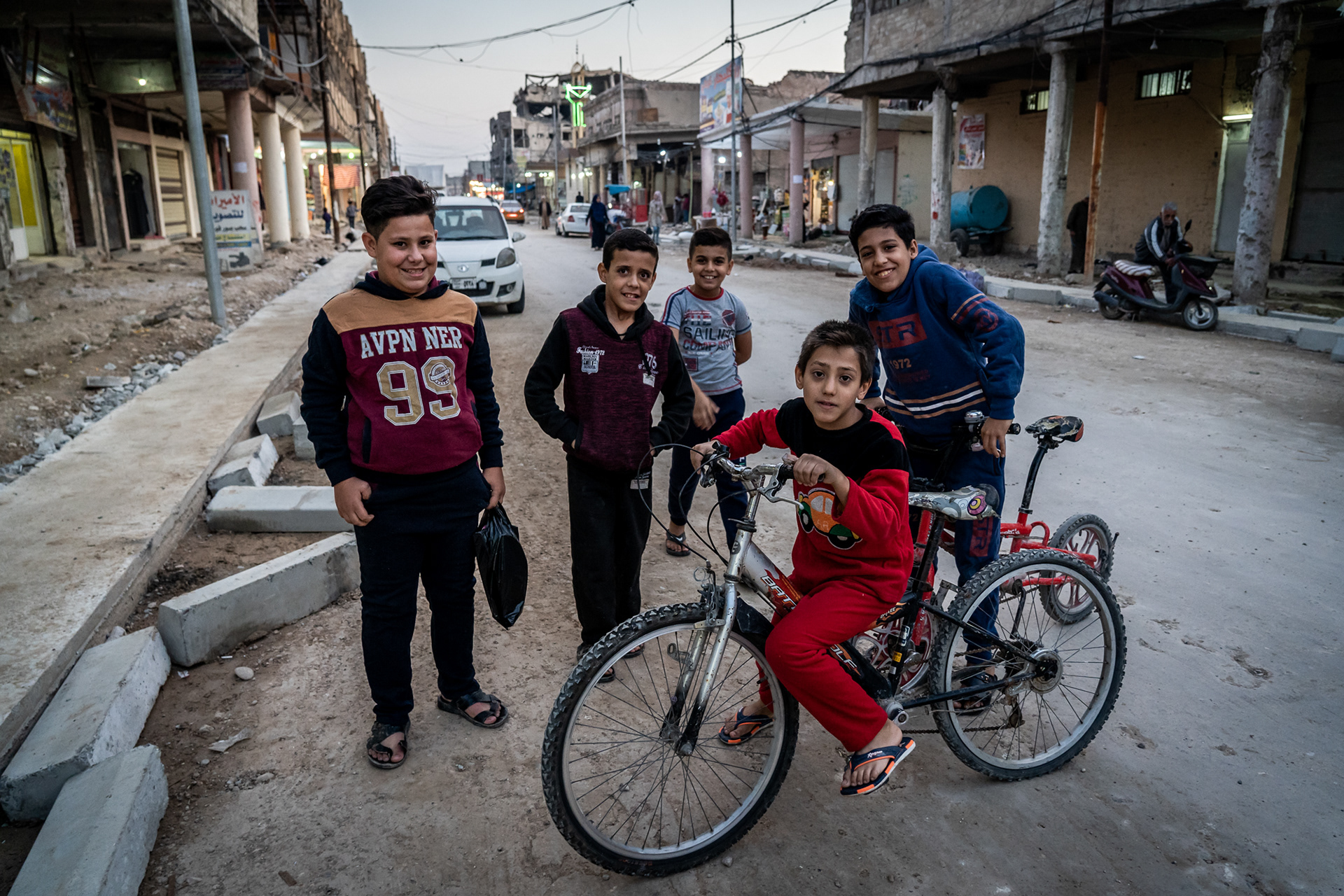 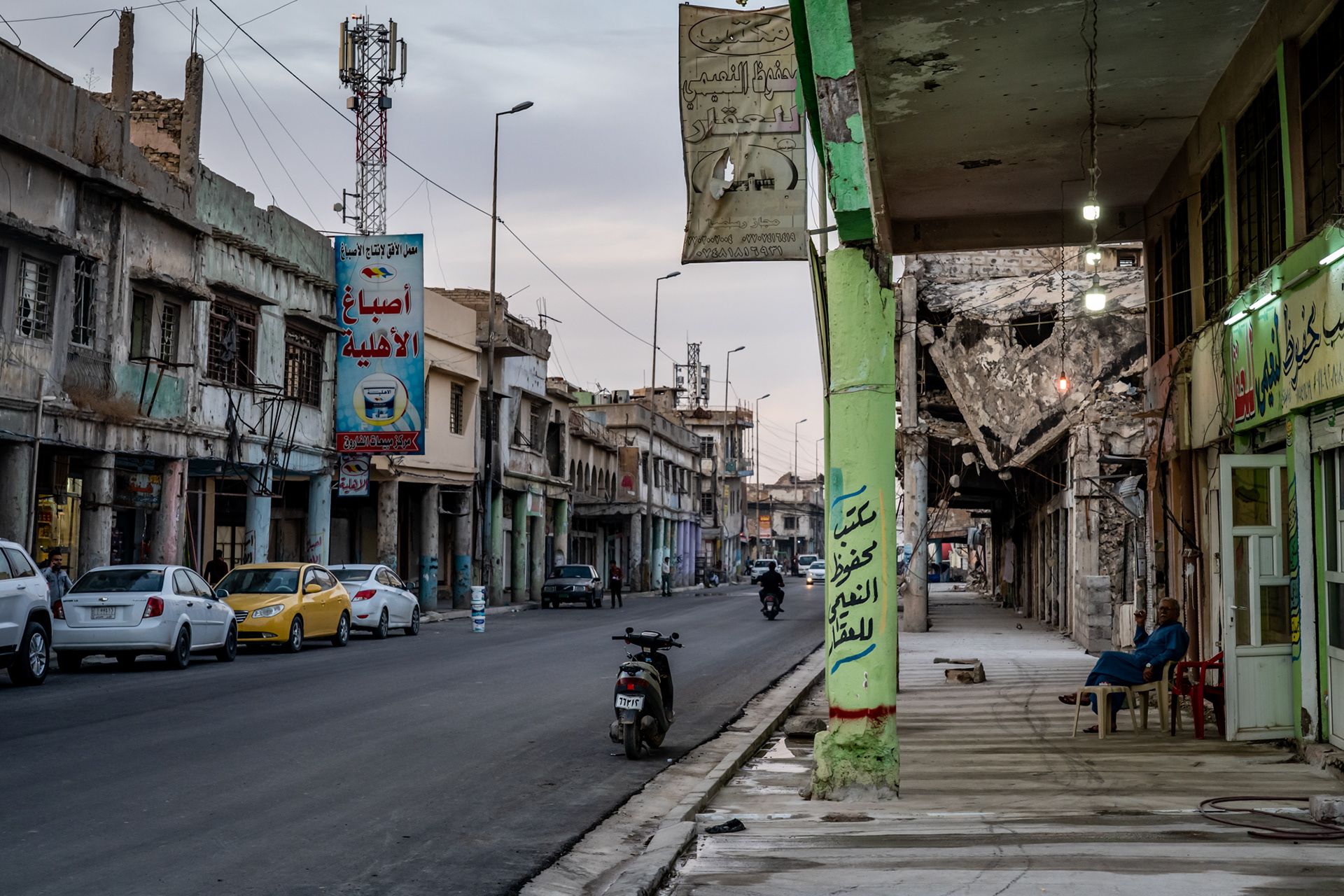 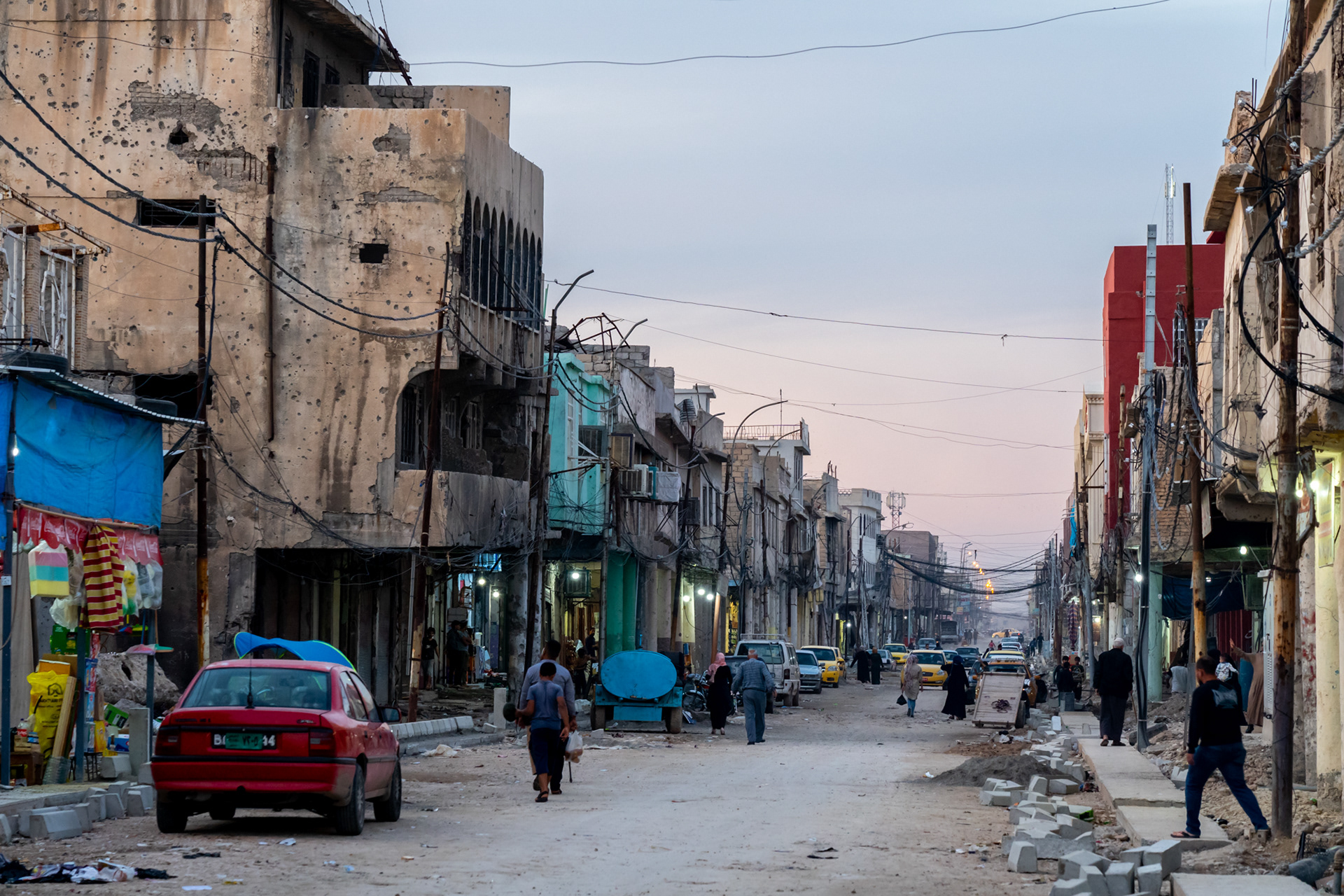 The re-opening of the fish market in maydan has brought life and business back to the old city. apart from the backdrop of ruins, the hectic and buzzing energy seems to cover up the city's sad and violent history. more and more traders are again cutting their fish and the activity seems to ignite the nearby markets, where more shutters are carefully raised to reveal bags full of fragrant spices and humming machines grinding sesame seeds into tahin. Slowly but surely, life is flowing back into the city. 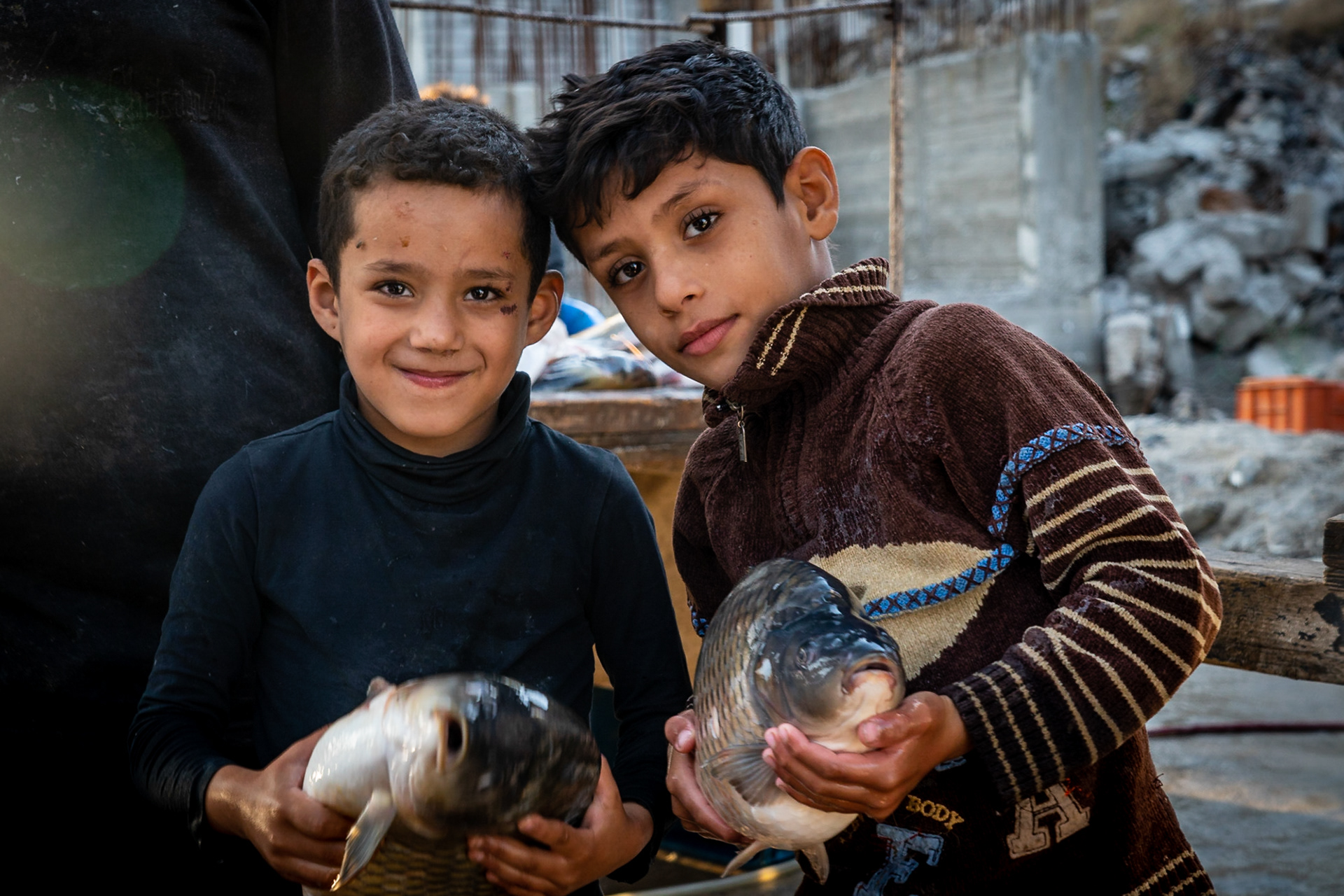 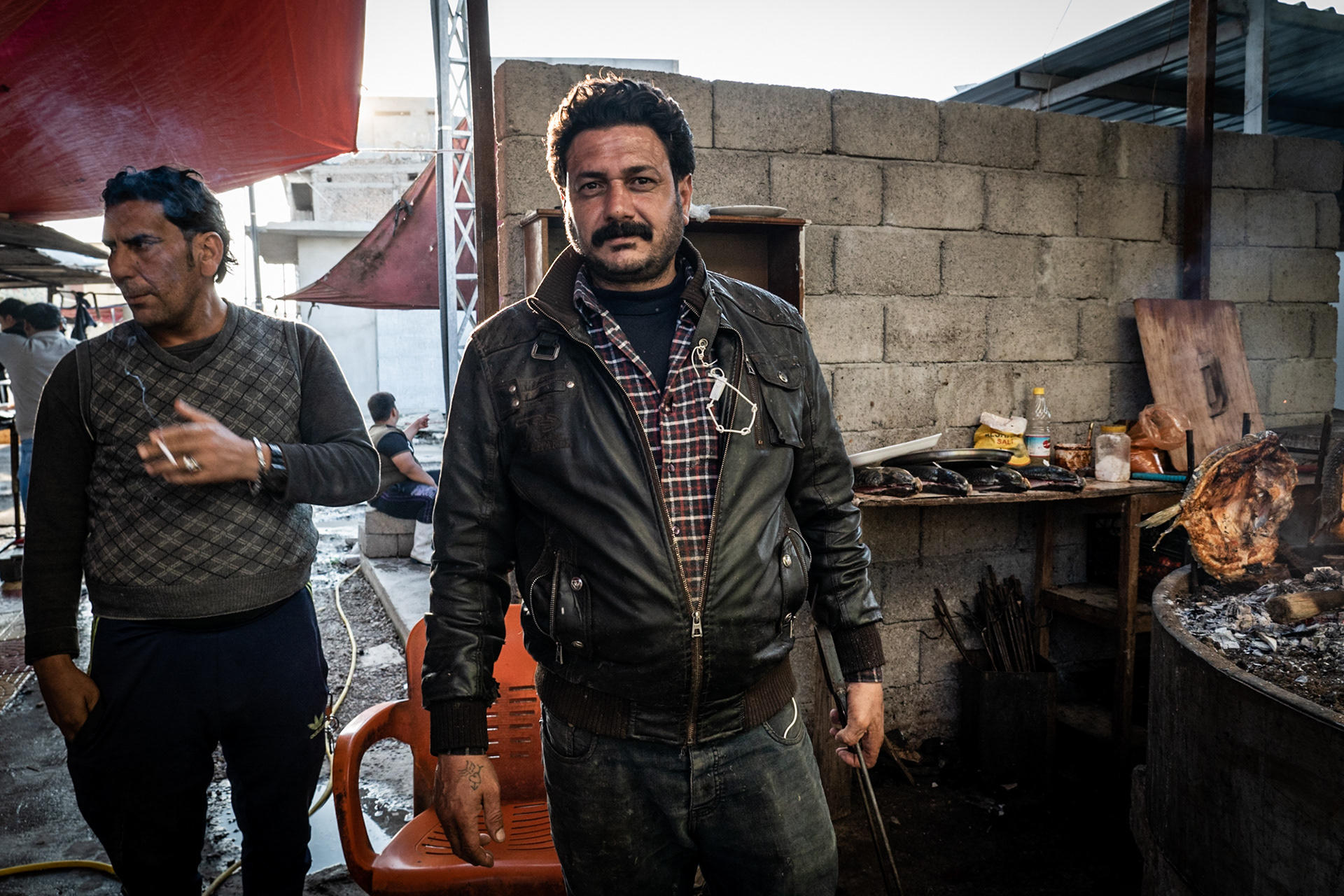 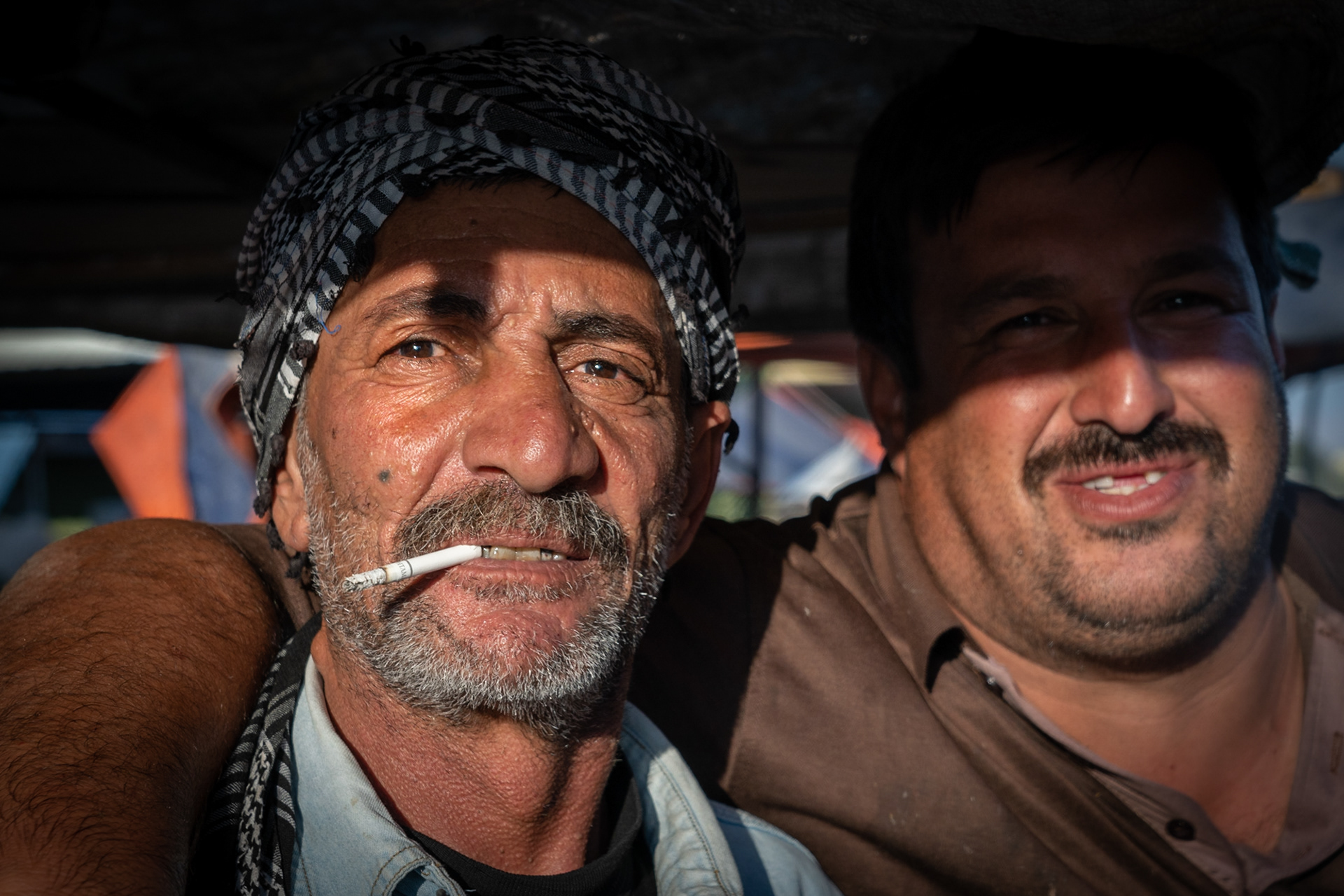 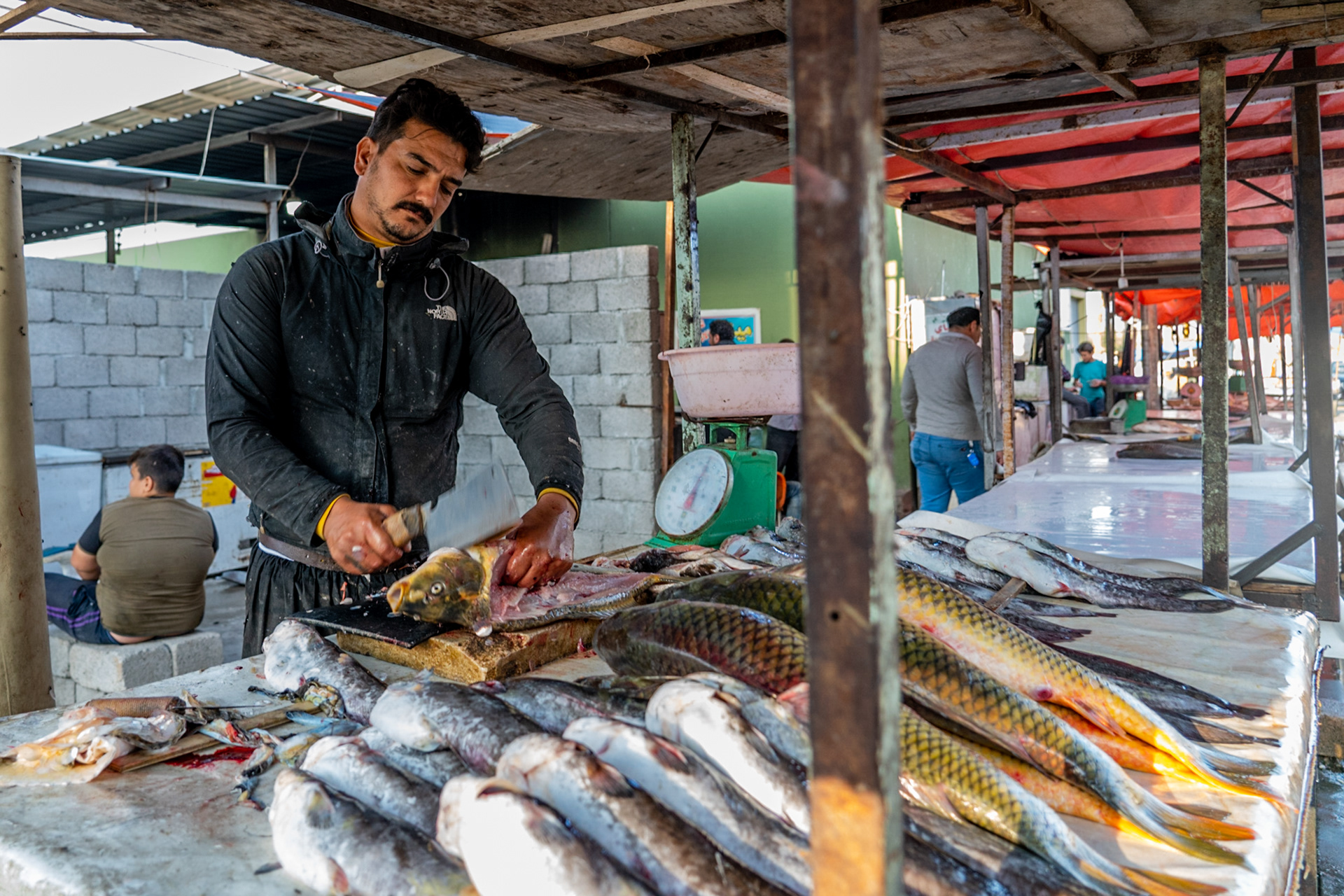 Abu Hamza Lived next to the Al Nuri mosque, now largely in ruins, the minaret blown up by ISIS themselves. 'My home was destroyed but now I am starting to live there again. When ISIS came they took it from me, made it a hospital. Then it got destroyed by airstrike. The situation was horrible, ISIS did looting, killing, raping. The christian people left, as did many other ethnicities who were able to. Now we still need a lot of work to do the rebuilding'.

Mohammed works as a shovel driver at a construction site, is married and has kids. 'I want to be an inventor or creator, think of new products and services, maybe in medicine. But I'm not going to school. There is a lot of things I want to make, lot's of ideas in my head but there is no support.'

The Yezidis of Iraq

Afghanistan beyond the headlines

Where strangers become family
↑Back to Top